Summerfield NC Maternity Photographer – Fall is one of my absolute favorite times to photograph clients outside! Yes, I know that’s also everyone’s favorite time to get their updated family Christmas cards too. The light is just so magical and golden, and as long as you can get a dry weather day, you will have amazing results!

Taleesha contacted me a few weeks before her Luxe Maternity Session  and we immediately went into planning mode! She already had picked out a beautiful burgandy maternity gown (similar gown) and matching floral crown! She sent me several beautiful inspiration photos in tall fields, so we settled on one of my favorite locations. The evening couldn’t have been more beautiful! The cold hadn’t set in yet and the tall grass was a beautiful golden wheat color! Taleesha arrived looking absolutely stunning with her beautiful family in tow! Her son Junior was a bit apprehensive about taking photos, but after a few of my best tricks and letting him take a turn with the camera, he warmed up! 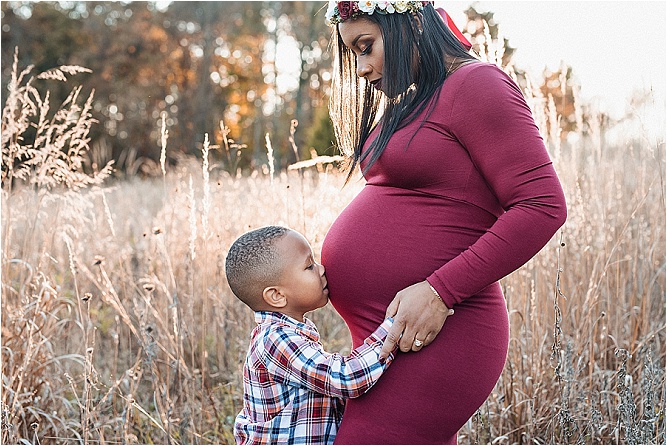 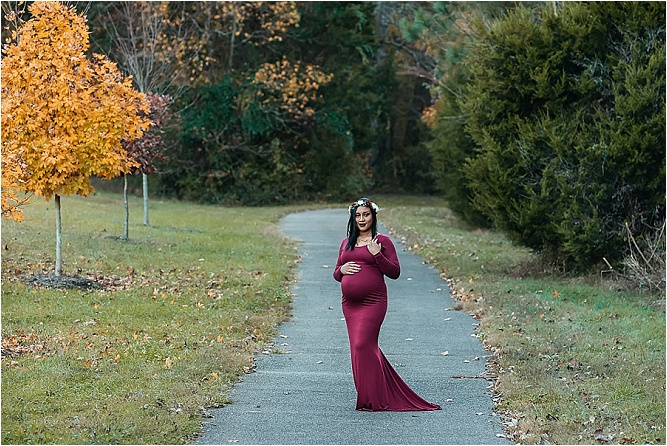 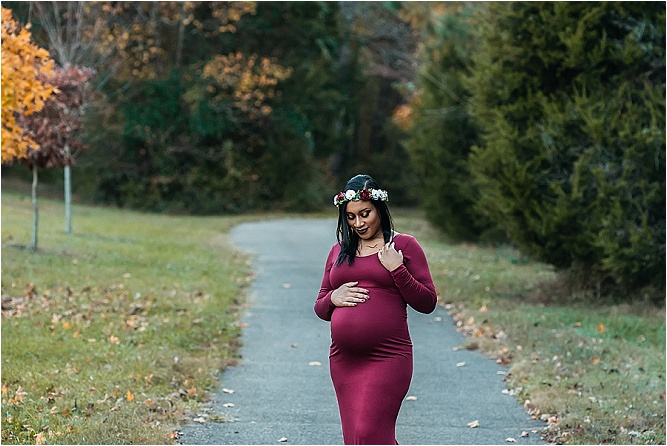 How handsome is this little man! He really wasn’t too sure about the whole thing but was a trooper!

Taleesha booked my Bump to Baby package which includes maternity and newborn photos! I promise you will not want to miss the adorableness from their sweet baby, Deanna’s session!

Greensboro Family Photo Sessions – Fall is almost here, which means its also my busiest season for taking family photos! What is your biggest stress when booking a family session? If the answer is, “What do we wear!?” then this post is for you!

Last month, I had a family member take some updated family photos for my mother in law. I knew what color scheme we needed to follow, so that part was done. However,  I still struggled with putting together adorable and cohesive outfits for my family of four! So, what is the KEY to amazing family photo outfits? Here are a few helpful tips!

Then finally – ask your photographer! I send out a “What to Wear” guide for all of my family sessions and am always available to bounce off ideas and help you figure out the best outfits for your family!

However, some babies are just wide awake and ready to take on the world! Meet Jack! He was so alert and content during most of his newborn session! Direct newborn eye contact is something that Newborn photographers call magical! Most babies are not able to focus, which typically ends up in crossed eyes whenever they try! Jack didn’t have that problem though, he looked directly in my camera!

He finally decided, after a full feeding and some wrapping magic, that he could fall asleep for a little bit!

This wrap from Paturici Pentru Pitici is So incredible soft and fuzzy!

Greensboro Maternity and Newborn Photographer – When Ashley contacted me about a Bump to Baby session, I was so excited! I love getting to photograph family’s stories and a Maternity and Newborn Session is the PERFECT way to do it! We had so much fun during Ashley’s Maternity session. It may have been hot and humid (August in North Carolina is killer), but Ashley looked incredibly gorgeous anyways!

I always suggest photographing maternity sessions around 30-34 weeks. I have found that these weeks are the peek of the pregnancy glow with the perfect baby bump, and your comfort level hasn’t hit ground level yet!

So, What happens next? Once your maternity session has been delivered, it’s a waiting game for baby! Newborn sessions are best when scheduled between 5-14 days new, but can be successful up to 6 weeks.

Ashley contacted me right away when Charleigh arrived! She let me know she had an idea for a little Halloween set, since she was an October baby and was hopeful that Charleigh would cooperate for it! Fall is by far my favorite season, so this pumpkin and candy corn set up was all the favorite things rolled into one photo!

We got some other amazing images during her Petite Newborn Session as well! Here are a few of my favorites!

This tie back from Edna Magdalene is my absolute favorite for newborn sessions! Its just big enough, but still dainty!